The Alpha and The Omega 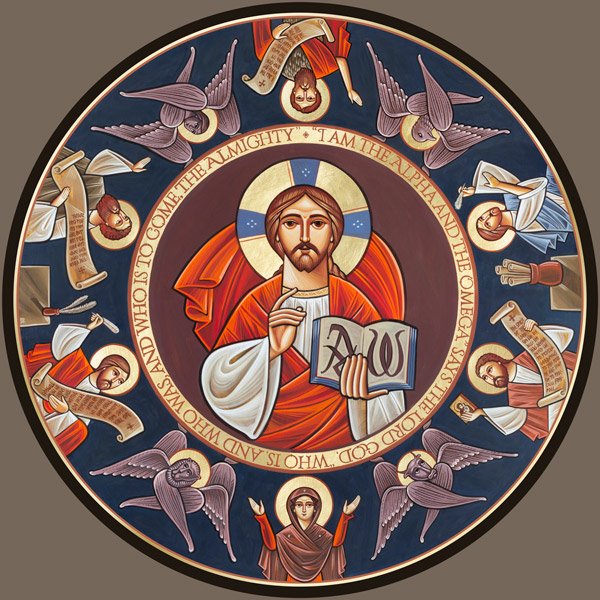 The Alpha and The Omega

Lord Jesus says: about Himself:

"I am the Alpha and the Omega, the Beginning and the End, says the Lord who is and who was, and who is to come, the Almighty” (Revelation 1:8)

This is how the name for the new The Alpha website came to be ... It is dedicated for the most wonderful of all names: The Alpha and The Omega

He is "the Almighty," therefore we should not doubt in His coming or His powers.

He is "the Alpha and the Omega,”

He is "the Beginning and the End.”

St. Augustine says that the Son is the Beginning in which heaven and earth were created, because it is said, "In the beginning God created the heaven and the earth," and "All things were made by Him.

St. Ambrose states, that the Son of God has no beginning, because He is the actual beginning, and He does not have an end, as he is "the End.”

By being Himself the beginning, how could He accept or assume what He really is (the beginning of existence as long as He actually exists, because He is the Beginning). And how could He have an end, He who is the ending of all things, and in this "ending" we find ourselves home where we reside without end.

St. Jerome states that this conforms with what the apostle says, that "He might gather together in one all things in Christ" (Eph. 1:10), or in whom we find all our needs. In whom He holds His Church, keep her, protect her and provide her with all her needs.

The Book of Revelation

The website is dedicated to the Name of our Lord Jesus Christ The Alpha and The Omega; The Pantocrator, The Way the Truth and The Life.

The Alpha and The Omega web site is a Christian Coptic Orthodox Resources Library for Christian living, Christian Education and Christian Missionary.

Icon used by permission from www.UKcopticicons.com